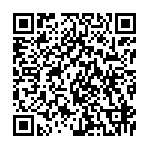 This classic song by British punk-rock band The Clash is an apocalyptic, and politically-charged, rant featuring the band's signature post punk sound that's heavy on both electric guitars and vocals. The title comes from the BBC World Service's phrase 'this is London calling' which was used during WWII in broadcasts to occupied countries.